The documents included in this directory provide details and recommendations for implementations of the defined APIs, or their consumers.

Familiarity with the JT-NM reference architecture (http://jt-nm.org/) is assumed. 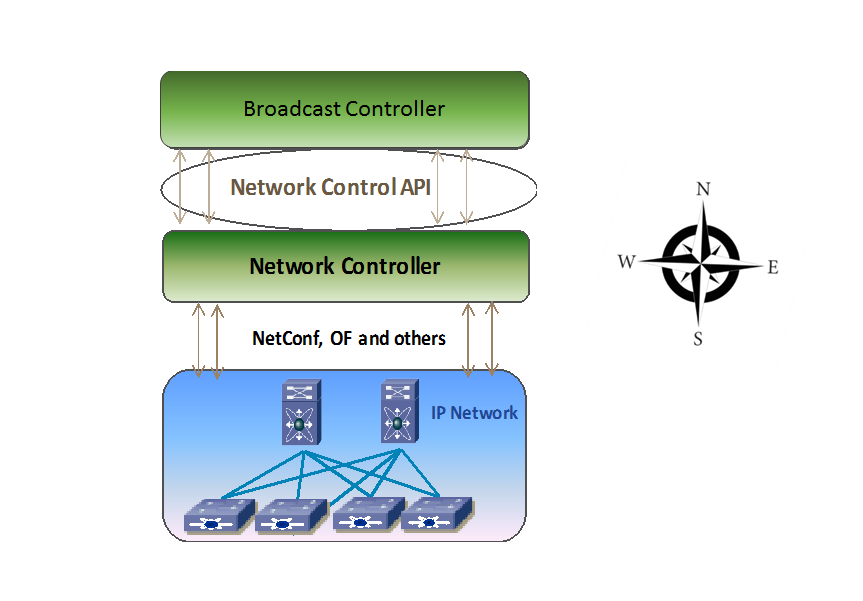 The API is “Northbound” of the Network Controller. The purpose of this API is to:

Conventions used in the Network Control API that are common with the specification of AMWA IS-04 and IS-05 are covered in the next section, APIs.

The resources that are managed by AMWA IS-06 NMOS Network Control API are specified in the Data Model.

The Link Layer Discovery Protocol (LLDP), defined by IEEE 802.1AB, is a vendor-neutral protocol for network devices (switches) and endpoints to advertise their identity and describe their capabilities.

In order that the broadcast controller and the network controller can communicate about the network topology reliably, this specification strongly recommends LLDP be configured on network devices (switches) and endpoints.

Where LLDP is implemented, the LLDP identifiers should correspond to the values included in the resources managed by the Network Control API. Otherwise, a broadcast controller may require a manual step to use this API.

Relationship with other Specifications

This specification has no dependency on AMWA IS-04 or IS-05. However the overall system is more fully automated with IS-04 and IS-05. 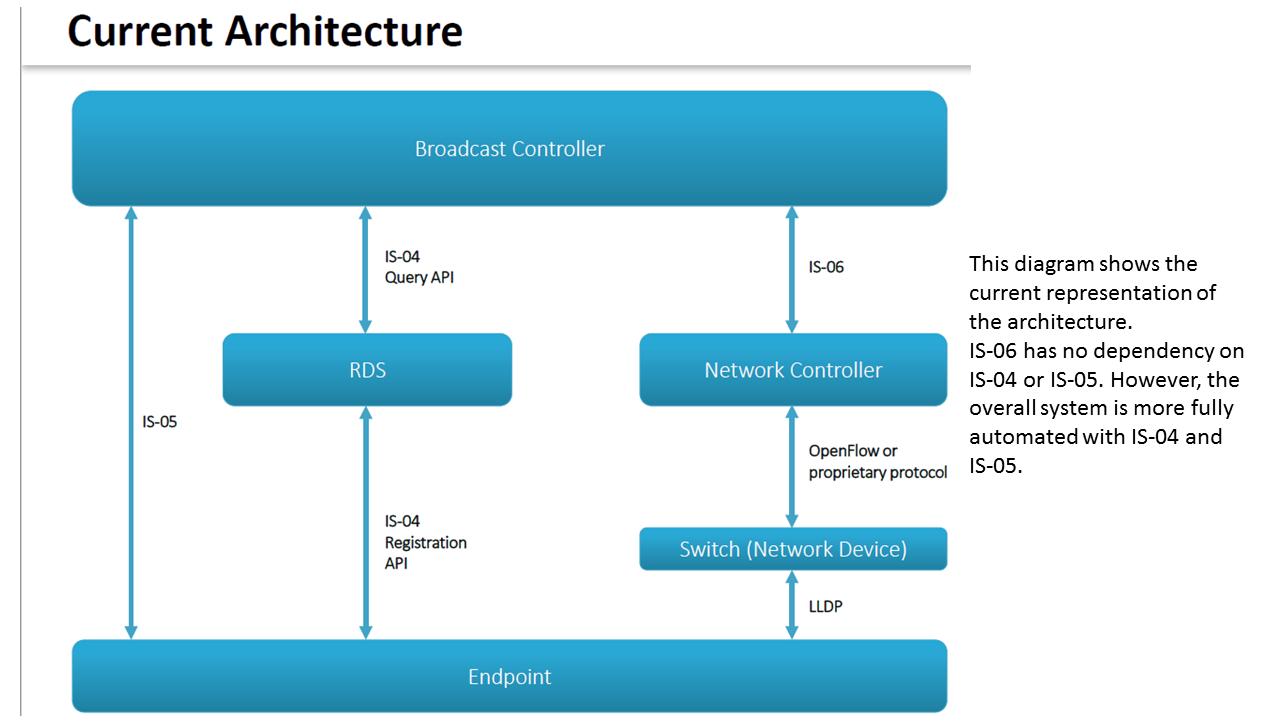